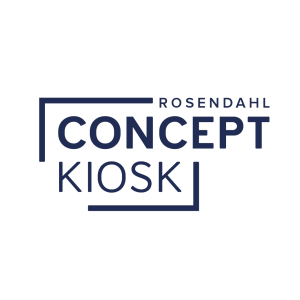 We build our kiosks in anodized aluminium. But why is it beneficial to do
and how is it done?

One of the sturdiest, durable and flexible metals around if treated right

From nature, aluminium has great general properties. It does not rust and it has an aluminium oxide layer on the surface that makes it resistant to corrosion and wear. However, the surface is exposed to oxygen and where the natural oxide layer can withstand some of the oxygen it will deteriorate over time and this results in corrosion. Furthermore, the surface is also exposed to acids in rainfall as well as saltwater.

Corrosion makes a white-ish oxide layer on the surface and scars it and makes it break down. The way to overcome this exposure and corrosion is by enhancing the aluminium oxide layer on the surface. Aluminium oxide is an incredibly hard material and outside the kiosk industry it is highly used in the maritime sector as the metal used in ship hulls and large metal structures at the harbor need sturdiness.

By enhancing the oxide layer on the surface the aluminium becomes highly resistant to corrosion – the thicker the layer, the more resistance. The surface also becomes a lot more durable and is much less exposed to wear and scratches. Furthermore, the surface gets a more uniform look and feel as well as keeping the soft nuances with a high finish that aluminium is well known for.

How is it done?

Anodizing is a specific method to enhance the surface composition of aluminium among other metals. To be able to anodize one needs a completely sterile and clean environment and metal surface. The aluminium is then lowered into an acidic electrolytic bath where it is used as an anode. Inside the bath, a cathode is mounted and this way it is possible to send an electric current through the aluminium. The current releases ions of oxygen from the electrolyte and the ions then blend with the aluminium atoms on the surface of the part forming a controlled and dense aluminium oxide layer in and on the surface. The chemical process forces pores in the metal to open and the negative cathode attracts the positive ions away from the surface and the positive anode (the aluminium) attracts the negative ions that enter the pores. The ions then erode into the surface and become one with it. The continuous current further deepens the pores into the metal and further hardens the material. This forms the protective shield on top of the surface that we were going for.

During the anodizing process, it is possible to apply dye or color to the new and thicker oxide layer that becomes one with the surface. This way you can colorize the metal while enhancing it.

Anodized aluminium for our kiosks

The reasons that anodized aluminium is ideal for our kiosks are that we want to provide our clients with the best of the best. First of all we like the strength and the flexibility in aluminium and anodizing just makes it even stronger. Secondly we like the way aluminium with its natural finish looks rather than steel or even plastic. The anodizing further highlights the beautiful warm and soft look of the material and it really makes it stand out just as we want it to.

Hopefully this post about anodizing and anodized aluminium gave you better insight!